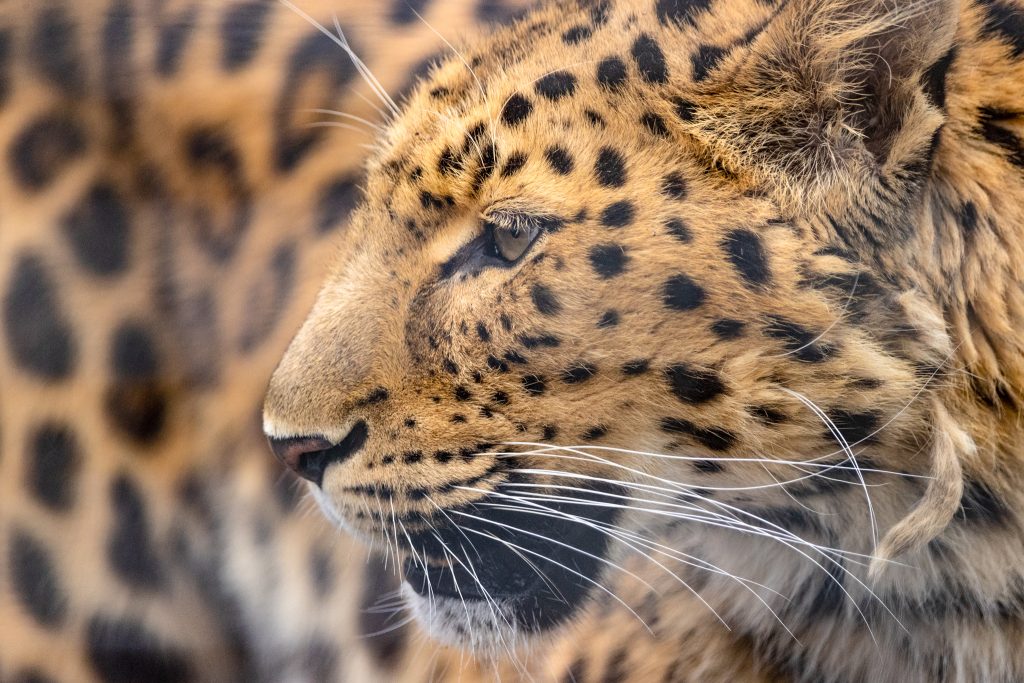 The Amur leopard, the northernmost of all leopard subspecies, is one of the most endangered big cats in the world. The range of the Amur leopard dramatically decreased during the 20th c. While this species was still quite common in southern Primorye at the beginning of the century, its population gradually got fragmented. Only a small population of half a hundred individuals lives in the Russian, Chinese, and North Korean border region.

The Amur leopard shows the most substantial divergence in the pattern. Its bright, beautiful coat varies from yellow to orange and is covered in a pattern of large (5×5 cm) widely spaced (ab. 2.5 cm apart) rosettes with tawny centers. In winter, the length of the hair on the back reaches 5 cm and on the stomach 7.5 cm.

The bright spotted pelt merges well into the surroundings, making the leopard hardly noticeable. The Amur leopard inhabits alpine tundra, preferring rugged terrain interspersed with pine-broadleaf and silver fir forests, crevices and watersheds. It is seldom found above 400 m. This big cat avoids deep snow and rarely strays to the cliffs of the sea coast.

Indoor expositions are closed on Mondays.

How to get here?